As the Journey Continues...Do You Hear the Screams? Part II 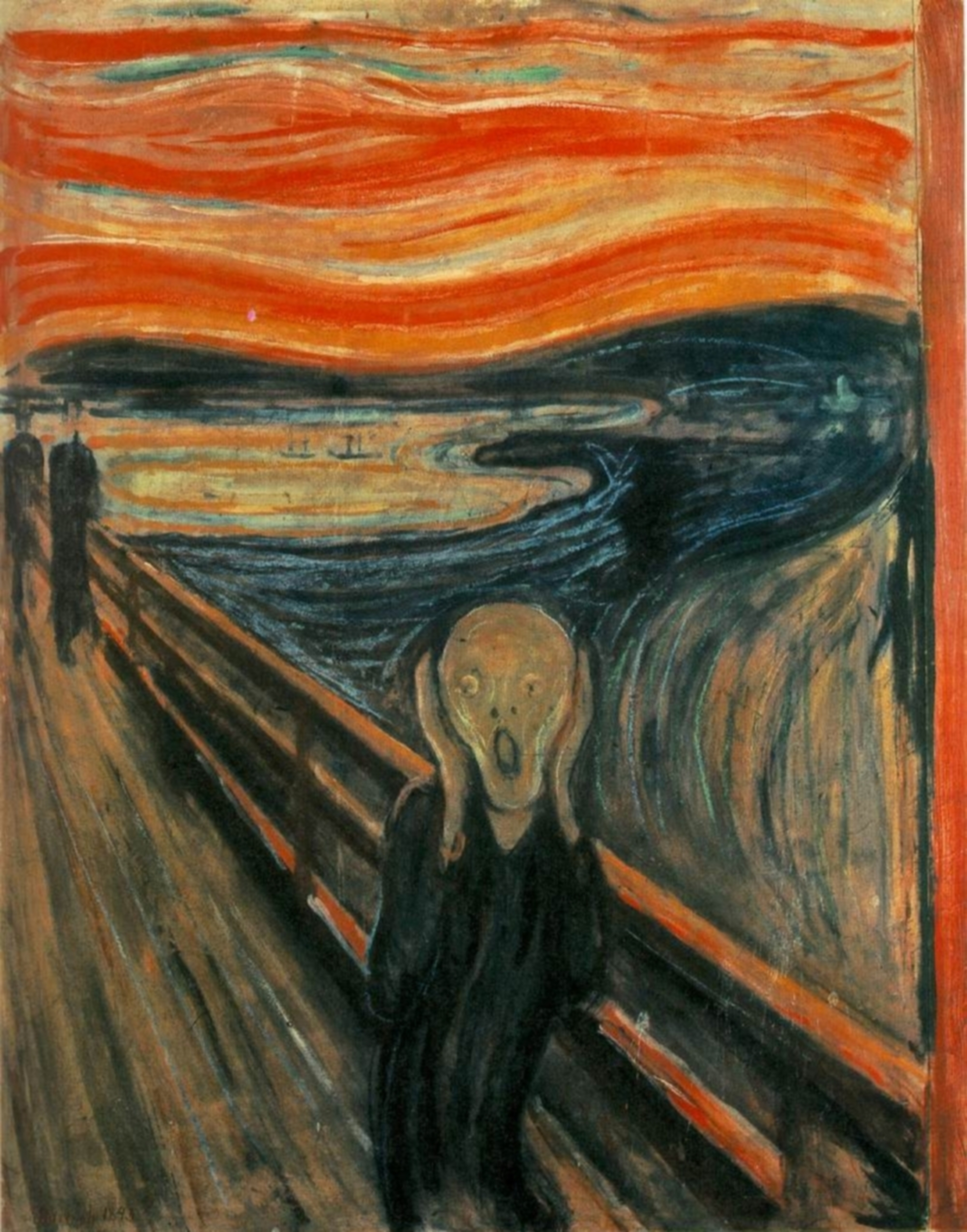 I had almost forgotten it. It was a Blog that I wrote in May, 2012. A good friend recently uncovered a copy in her office and gave it to me. As I reread it, I realized that a follow up piece was long overdue.

The focus of the piece was a painting by Norwegian Edvard Munch, entitled ‘The Scream’. It sold that year for just under $120 million at Sotheby’s in New York; the highest price ever for a painting sold at auction. What attracted me to the story was the nature of the painting that evoked in me back then emotions of disbelief and of anguish at some of the things that were happening in our nation. It was the time of the Trayvon Martin killing, the attacks on Planned Parenthood, as well as other issues. Today, my anguish is even greater.

Munch’s painting, finished in 1895, portrays the image of a man, perhaps described more accurately as an androgynous figure, standing on a bridge, under a blood-red sky, while holding its head and screaming. The Chair of the Art Department at Wellesley College, Patricia Berman, commented that the painting “…provides an analogy for both individual and collective experiences of, variously, loss, pain, grief, modernity, nature gone awry, the body out of control, and existential struggle.” I commented back then, to those who might have said that such a description is a bit over the top and could not accurately describe so much: ‘Really’? In today’s world, for many, including those of us in the progressive Christian community, such a description is certainly not over the top!

In our journey of faith we certainly do not have to go far to hear the ‘screams’ of our world. But we need to be open to hearing them, unlike the two other people in Munch’s painting who were further along on the bridge and were oblivious to the scream of their neighbor.

The racism of our President has been on display over the course of many years. What we hear now is not new. When he began his campaign for the presidency in 2015, he called Mexican immigrants rapists who bring crime and drugs into our nation. In 2017, in response to the violence caused by the white supremacists in Charlottesville, VA, he said there were some very fine people on both sides. In January 2018, speaking at a meeting dealing with immigration issues, he is quoted as saying ‘Why are we having all these people from shithole countries come here?’ And his followers continue to flock to his rallies! The Scream.

Most recently, he has attacked the four members of Congress, known as ‘The Squad’, all women of color, who have criticized some of his policies including his policies on immigration. The call has gone out from the President that they all should go back to their countries and fix the problems there before commenting on problems here. Three of them are U.S. born, but Rep. Ilhan Omar has received special attention since she was born in Somalia and came here as a child, and is now a naturalized U.S. citizen. At a recent rally the cry from the crowd was ‘send her back’! Although these cries are recent, they are not new in American history. We have had a long history of words and actions by individual Americans, as well by our government, to draw the boundaries of citizenship tight so as to exclude people of color. After the Civil War, there was a question among some as to what should be done with all of the freed slaves. By that time, most had been born here so would they be made citizens? Some white leaders come up with the solution: send them back to Africa. They formed the American Colonization Society to do just that! The issue of whether non-whites could become citizens was also directed at the Chinese, with the passage of the Chinese Exclusion Act of 1882, which prevented Chinese people from becoming citizens or immigrating here. The Scream.

Racism has a significant impact on many children of color. Dr. Nicole Christian-Brathwaite, a clinician, has said she has seen a number of children in recent days who are expressing symptoms of anxiety. That anxiety expresses itself, according to the Boston Globe story (7/22/19), in insomnia, hyper-vigilance, a fear that they are not safe at home, or the fear that when they return home from school a parent might well have ‘disappeared’. The children do not define their anxiety as a result of racism, but when Dr. Christian-Brathwaite hears their stories, she is very aware that racism is one of the triggers. The verbal attacks on the four Congresswomen of color suggesting they ‘go back’ to their countries, the continued ICE raids, the  reports of squalid conditions for children and families at our southern border, and expletives used to describe countries of Central and South America, all add up to an ongoing barrage of hostility toward people of color. Now our children suffer from anxiety disorders. The Scream.

When I concluded Part I of this Blog in 2012, I spoke of our journey of faith with Jesus that included bringing love and hope into our world. But to do so we need to be sure we stand still enough to hear the screams of people and, then, to hold our heads in anguish as well. Munch’s painting helps set the beginning stage of our ministry. That ministry is our calling; our very life. So after we scream, the words of the hymn ‘We’ll Build A Land’ helps catch that vision:

Where the oil of gladness dissolves all mourning, / O we’ll build a promised land that can be.

But on the journey it is certainly o.k. for us to sometimes hold our heads and…..Scream!