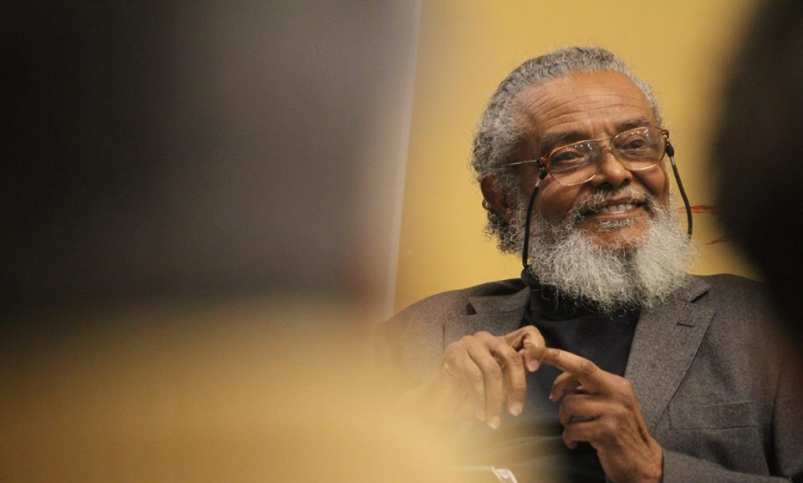 Boston, Massachusetts – On Sunday, May 9th, Old South Church in Boston will present their Open Door Award to former State Representative Byron Rushing. Rushing will be honored during Phillis Wheatley Sunday, Old South’s annual celebration of the first published African American poetess. Wheatley joined Old South in 1771, and the church continues to celebrate the icon who opened doors for persons of color and enslaved persons across the country.

In this spirit, Old South celebrates Byron Rushing for a lifetime of work towards making our society more just. Rushing was active in the civil rights movement from an early age, and worked for the Congress of Racial Equity (CORE) and the Northern Student Movement before becoming President of Boston’s Museum of African American History.

He went on to serve 36 years in the Massachusetts State House representing Roxbury, the South End, Back Bay and Fenway. As a State Representative, he helped pass the landmark law to ban discrimination on the basis of sexual orientation, championed marriage equality, led Massachusetts’ fight against apartheid in South Africa, sponsored the law to end refusal of health insurance coverage for those with pre-existing conditions, and worked to combat racial disparities in our criminal justice system. He became Assistant Majority Leader, the highest-ranking leadership role ever held by a person of color in the Massachusetts State Legislature. In addition, for over three decades, year after year, Representative Rushing introduced legislation to change the state’s flag, motto, and logo which demeans Native Americans. This importunity resulted in the Governor’s acquiescence to mandate a committee to propose a revised, less repugnant insignia for the Commonwealth of Massachusetts.

Old South Church created the Open Door Award in 2014. Carved in stone above the Portico to Old South’s 1875 National Historic Landmark building are these words from the Book of Revelation: BEHOLD, I HAVE SET BEFORE THEE AN OPEN DOOR. They take these words to mean that in God’s name, it is their duty and privilege to pry open doors shut against any persons and to keep oiling the hinges of any doors rusting shut. (G)RACE Speaks, Old South Church’s committee working to see, name, and address matters of race and racism within the life of the church, will present this year’s award.

Previous recipients of the Open Door award include: