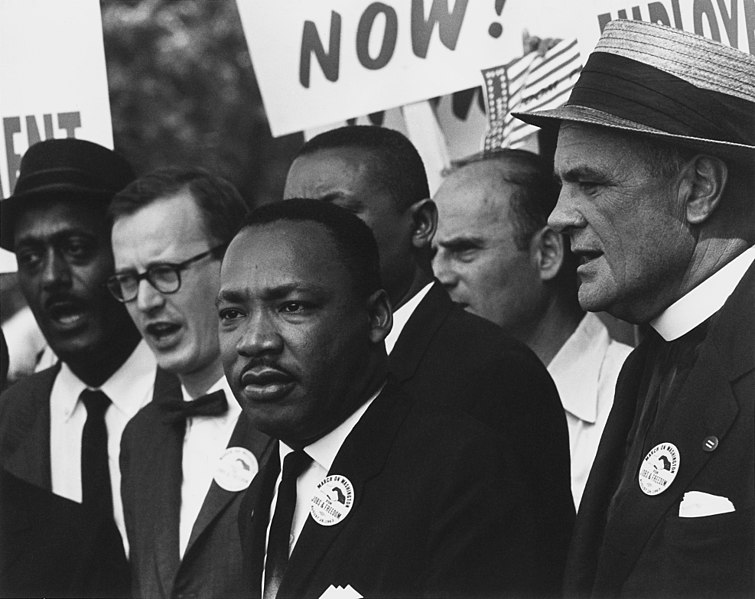 On April 4, 2018 we remembered the 50th anniversary of Dr. King’s assassination. Here at Old South Church we heard excerpts from some of his speeches that played all day in the Sanctuary and were even broadcast out onto our sidewalk. People came in to hear or stood outside to listen again to that familiar voice proclaiming that segregation and racism were antithetical to the Christian Gospel. Younger folks heard his voice perhaps for the first time. For many of us, that time of remembrance was a time of recommitment to the cause of racial justice.

But before any more time passes, I have a personal story to tell. I was a young pastor in my first parish in Central Square, Cambridge: Pilgrim Congregational Church. In those days, in the 60’s, Central Square was more of a rough and tumble blue collar community. It was a time before gentrification brought in a wide array of ethnic restaurants and apartments refurbished into condos. Indeed, I knew quite a bit about our faith journey and Christian theology, being well into my Ph.D. and working on languages and such. But, as the saying goes, I was still ‘wet behind the ears’ in terms of parish ministry. One had to learn fast. You needed to lead, comfort and nurture the flock spiritually. The old phrase ‘care of souls’ is beautiful, as is the even older one: ‘cure of souls’. But one also needed to learn how to stand with those in need; to advocate for those who had no voice; to speak a word of hope to those who had lost all hope. Advocacy and social justice involvement were not priorities at the more conservative theological seminary I had attended.

I had not been in Cambridge very long when word came that Dr. King was coming to Boston to lead a march in protest against the discrimination, in wages and in hiring, of the city’s sanitation workers. It was essentially the same group he walked with in Memphis, TN, three years later, where he was killed. I was excited for the opportunity to hear him and to march with him.

It was a warm, clear day on April 16, 1965, when we marched down the center of Columbus Avenue, 6-8 across. At times, we locked arms: poor blacks, poor whites, suburbanites, white collar workers, interfaith clergy, and others. As we marched toward the Boston Common, we sang songs such as: ‘We Shall Overcome’ and ‘Ain’t Nobody Gonna Turn Me Around’. In between the songs there was the sound of feet marching on pavement; feet carrying us on a holy mission. King spoke briefly on the Common and then went on to the State House to address the Legislature. We clergy were invited to St. John’s Seminary, in Brighton, to hear him address us in a more intimate setting later in the day.

One phrase from his sermon to us clergy caught my attention and that phrase has stayed with me ever since. It was a phrase I am sure he used in other venues but it helped to solidify for me the shape of my ministry in the pulpit, in the community, and in the larger world. The earnestness in his face and voice, however, expressed not anger or frustration, but compassion and an invitation to journey with Jesus seeking hope and justice in the midst of a troubled world. He said: ‘We will hew out of the rock of despair a stone of hope.'

There is much hopelessness in our land today. Among the many issues we face, and the list is frighteningly long, is a disregard for the environment; the sexual assault on and abuse of women; our addiction to guns; the widening gap between the rich and the poor; a disregard for truth; a maligning of immigrants along with other religious traditions; and a blatant racism which leads to the unspoken undercurrent of making America ‘whiter’.

In the midst of all of this, despair can set in. Or even worse. A certain resignation can set in which says that if we simply keep our heads down and not make waves, things will right themselves over time. They won’t.

Dr. King’s words ring true. Through the witness of protests, marches, petitions, prayers, boycotts, prophetic preaching, intelligent voting, building communities of welcome, embracing the ‘other’, interfaith gatherings, and non-violent confrontations, we can live out the power of that phrase: ‘We will hew out of the rock of despair a stone of hope’.

Together let us ‘hew out’ more and more stones of hope.