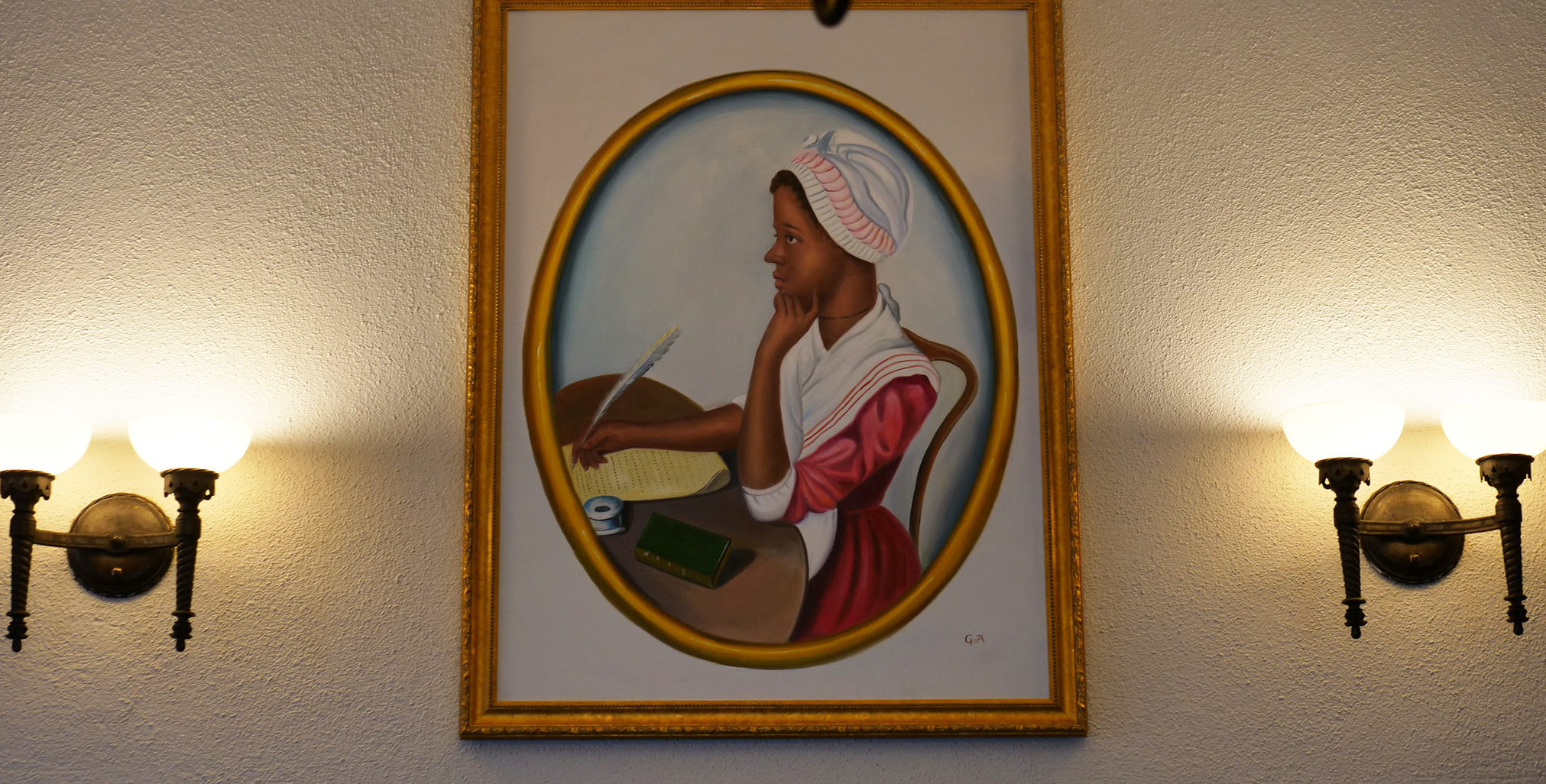 The morning of June 19th, 2022 was a special one for the Old South Church in Boston. Members gathered to dedicate the newly named Phillis Wheatley Room in honor of one of our celebrated members and the country’s first African American published poet. Click here for a photo gallery of the day.

We also celebrated the arrival of a portrait of Ms. Wheatley. It is a reproduction of a portrait that first appeared as a frontispiece for her 1773 publication Poems on Various Subjects, Religious and Moral. This picture of Ms. Wheatley was the first known portrait of an African American woman to be printed in the United States (the Metropolitan Museum of Art, 2022) and also marked the first time a colonial era woman had her picture appear alongside her writings. Many Wheatley scholars believe that the portrait printed in her book is a reproduction of a painting by Scipio Moorehead, a young artist who was enslaved by friends of the Wheatley family. Ms. Wheatley dedicated one of her poems to him (Kigel, 2017).

While the top of portrait is engraved with words that describe Phillis as a “negro servant,” no other aspects of the painting offer hints of this status. Choung (2022) points out that the white shawl and beribboned bonnet is not typical of a colonial era servant; rather it resembles the simple clothing of the Countess of Huntingdon, the woman who helped finance the publication of Poems on Various Subjects, Religious and Moral. Moreover, in Colonial era paintings, a woman seated at a table signified a life of leisure rather than labor. Objects such as the quill pen, ink pot, writing paper, and book were all regular features of portraits of artists at that time. The painter captures Ms. Wheatley in the act of writing, and she looks to be deep in thought (Kigel, 2017). It is a portrait of a woman who has transcended the boundaries of her life as an enslaved woman.

The dedication of the Phillis Wheatly room at Old South was a historic occasion in more ways than one. It marked the first time one of the church’s public spaces had been named for a woman of color. But it also celebrated the arrival of a portrait that was revolutionary for its time.